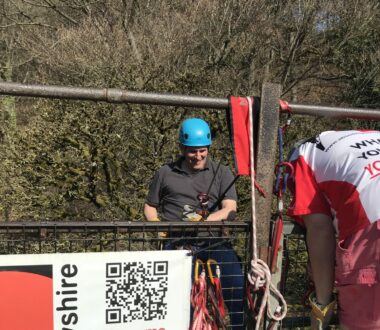 Members of the Whitemeadow team were out this weekend to raise money for The Furniture Makers’ Company’s Step 2 It campaign and help raise £250,000 to support people from the trade who have been impacted by Covid-19. The campaign aimed to inspire companies and individuals to organise sports-based fundraisers between May 2021 and April 2022 in aid of the charity, encouraging friends, family, and co-workers to join in the fun.

Whitemeadow decided to hold a charity abseil, whereby everyone at Whitemeadow were encouraged to donate a pound a vote for the manager of their choice to do the abseil! Head of Production, Alan Price, was voted the ‘winner’, and they opened the event for anyone wanting to join Alan and pay an additional donation to the charity. Whitemeadow raised a total of £600, which will be matched by The Furniture Makers’ Company. 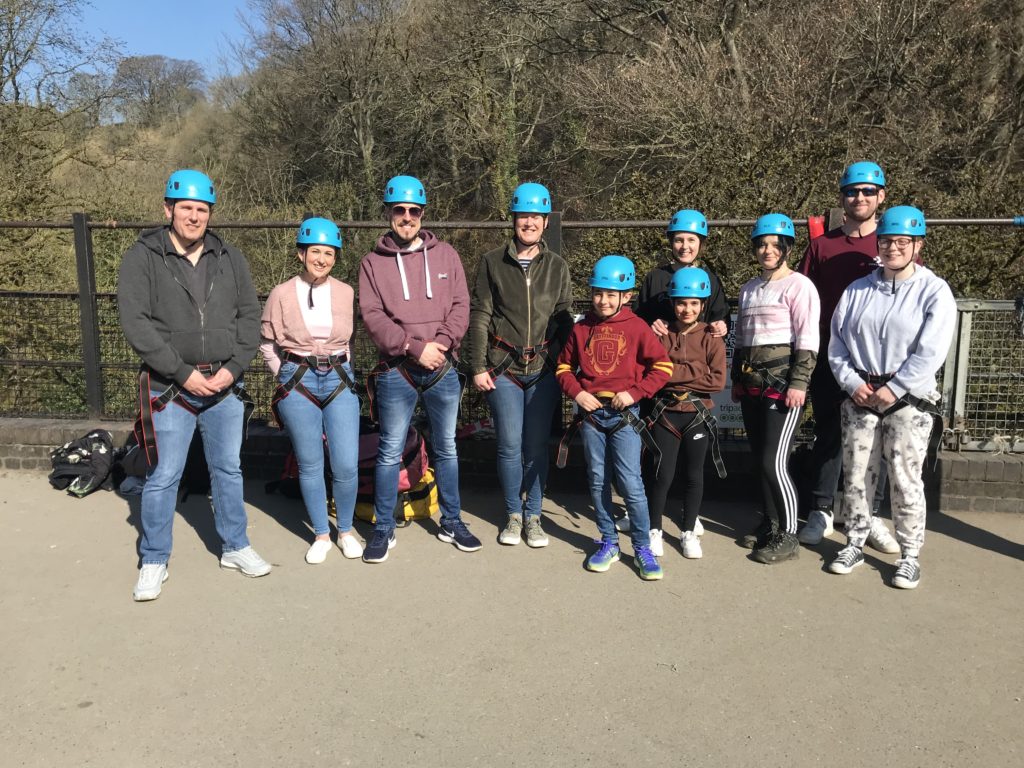 Alan said “Thank you to everyone that voted for me to throw myself off a bridge, the sponsor money raised was amazing and for a great cause. The day/abseil itself was everything rolled in to one, a great experience and a petrifying one as well, but overall, a good day. Please feel free to vote for someone else next time though!”

On the day, 8 members of the team got together at the 80ft Millers Dale Bridge in the Peak District, above the river Wye, on a gloriously sunny Saturday morning, accompanied by friends and family. 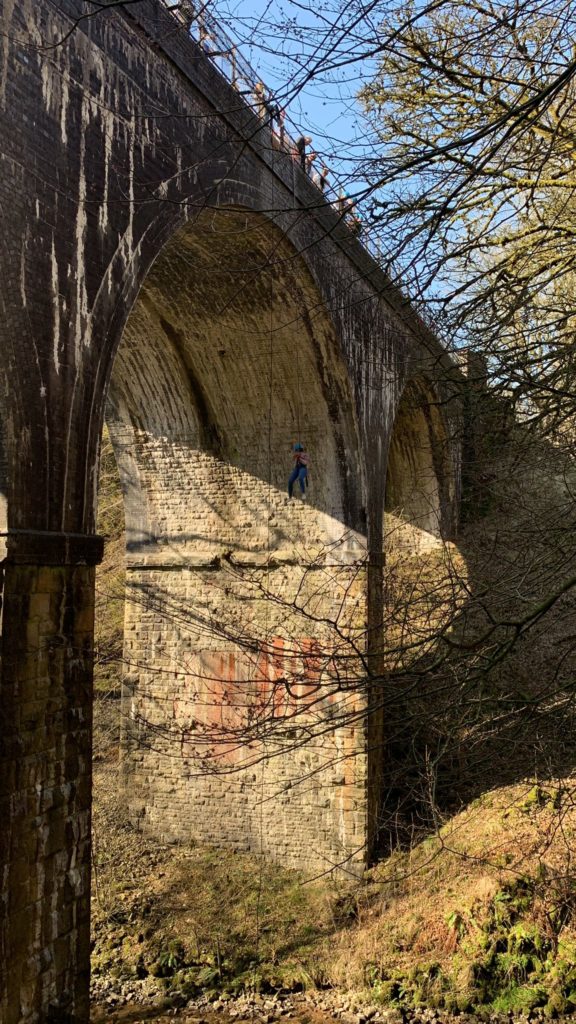 Head of Marketing, Zehra Gezer, commented “We wanted to do something fun and a bit different to our usual bake sales and dress-down days. We thought this would be something that everyone could get behind and our managers were great sports to put themselves forward for the challenge.

Although most of us don’t like heights, we had a fantastic morning with the team at Derbyshire Abseiling, everyone has enjoyed pushing themselves out of their comfort zone, and even some of the kids joined in! It helped that the weather was so nice as we had to postpone the last event due to snow, and the tea and cake at the café at the end rounded off a great morning!”. 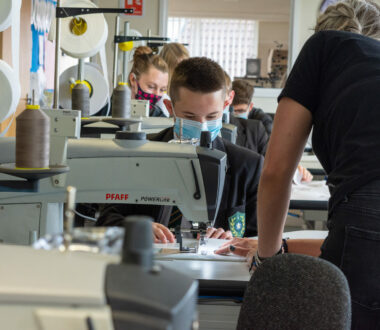 Whitemeadow are continuing to lead the charge on educating and inspiring the next generation of skilled furniture makers.

Earlier this month they hosted their first external Open Day to showcase their Sewing and Upholstery Academies to local students who may be interested in a career in the furniture industry in the future.

Whitemeadow’s in-house Upholstery Trainer and a number of apprentice sewing machinists were on hand with Webs Training to make sure all the students got some valuable hands-on experience on the day.

Mrs Kim Dellar, Careers Lead at Quarrydale Academy commented: “The pupils really enjoyed the visit and they were very interested in seeing how something is made from start to finish. Doing visits like this gives them the opportunity to experience the 'world of work' and hopefully gives them ideas about what they can do for a future career”. 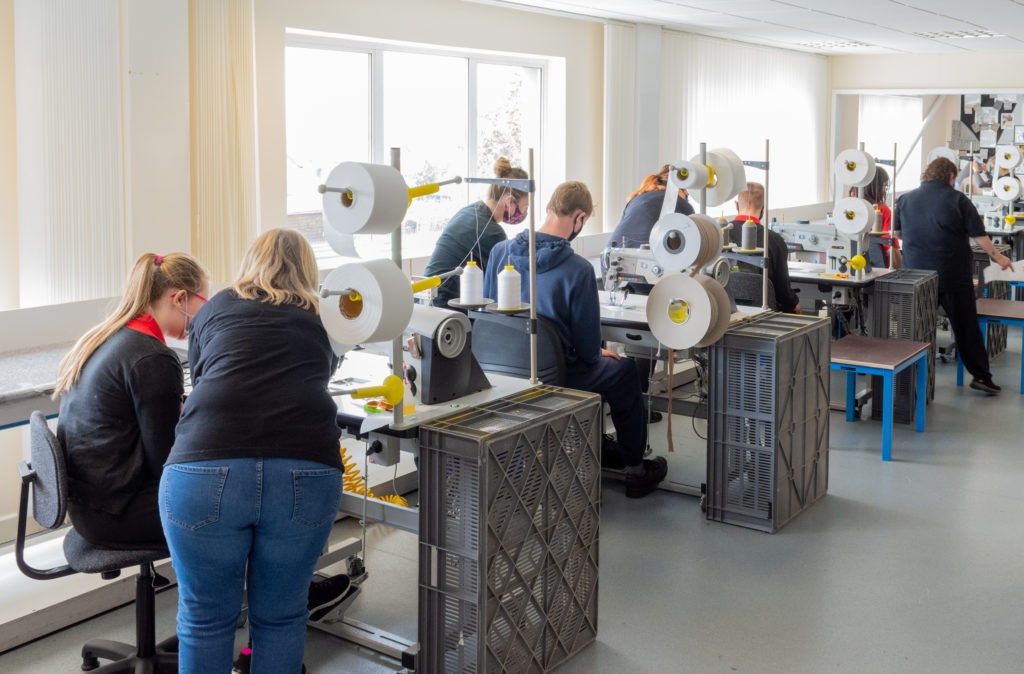 Karen Clarridge, Head of Group HR at Whitemeadow commented: “We had a fantastic day sharing our knowledge and skills with local students, plus educating them on the apprenticeships on offer here at Whitemeadow. We all feel that it is a very worthwhile project, not only promoting the company in the local area, but showing school children in the community that there are some fantastic career opportunities right on their doorstep in the future. We hope to see some of their faces behind a sewing machine or an upholstery bench in a few years’ time!”

Local residents were also offered the opportunity to come along and find out more about career opportunities in the furniture industry. Whitemeadow also work with partners such as job centres, parole services and the Armed Forces Community to provide pathways into work.

Due to the success of the Open Day, Whitemeadow is planning further similar events in the future. 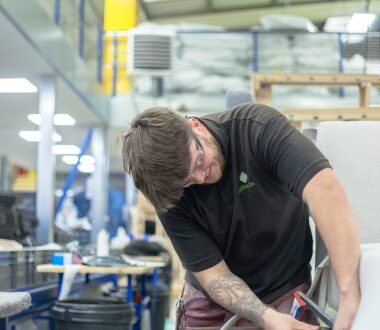 As a Company, Whitemeadow want to take this opportunity to promote the success of their own apprentices. The Apprentice of the Year Competition is open to all apprentices working for Whitemeadow Furniture whilst working towards a Modern Upholsterer Level 2 qualification.

The competition will recognise the outstanding achievements by an apprentice who has been working at Whitemeadow, whilst working towards a qualification, and entrants will be judged on their work in the calendar year of 2019.

Judges will be looking for evidence of the commitment the apprentice has shown to their role, to their own development and why they have stood out as one to watch in future. 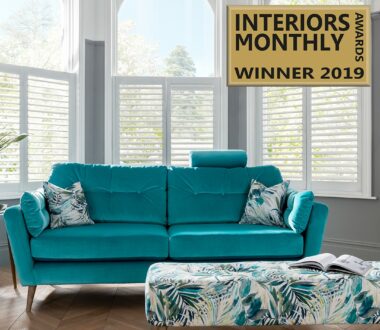 Whitemeadow are delighted to announce they have been voted the UK's Best Furniture Manufacturer by the readers of Interior's Monthly magazine for a second consecutive year.

Managing Director, Ian Oscroft, commented on the award: “It’s fantastic for Whitemeadow to yet again receive this award. It helps enormously to raise the profile of the business to both our customers, and the wider marketplace, and goes a long way in helping generate a real desire to buy our Sofas, Chairs and Beds. We would like to thank all our customers who have supported us over the years and those who took the time to vote for us on this occasion”.

Having built a reputation based on excellence in manufacturing, Whitemeadow successfully manufacture several product categories-including sofas, upholstered bed frames, sofa beds and accent pieces including chairs, footstools, chaises and ottomans. They aren’t limited to particular style either, they are determined to push the boundaries. Rather than producing a singular structured house style, they offer design styles appealing to a wide spectrum of customers, with styles ranging from timeless classics through to the pure contemporary.

A full list of winners can be viewed here.