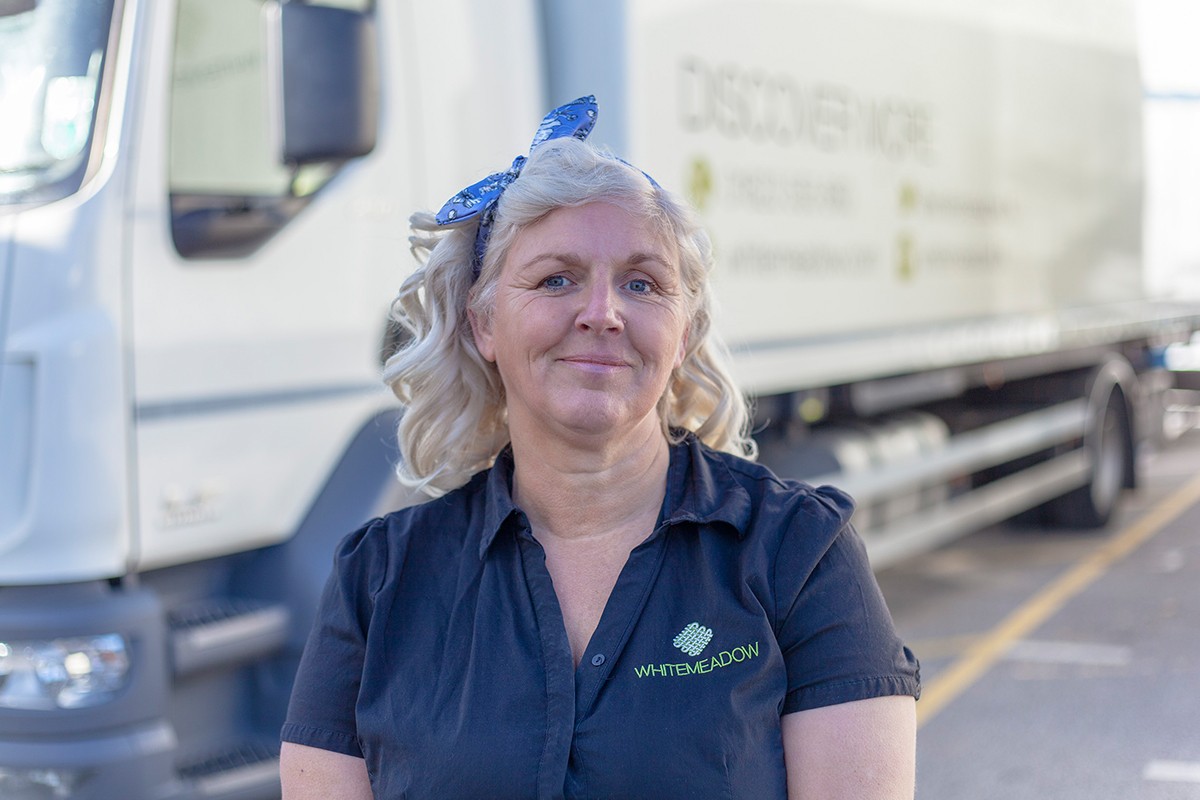 I started at Whitemeadow in 2014 after I decided I wanted a career change. I completed an aptitude test which resulted in recommending me as a Transport Clerk. Someone asked, ‘Would you not prefer to be a driver instead’? to which I answered, ‘yes actually I would!” I like the freedom this role offers me, being out on the road and talking to people is what I love doing.

I studied catering at college and worked as a chef all my life until 2014!

Were people surprised to see a female HGV Driver?

Not at Whitemeadow, no. However, my fellow drivers at truck stops were! My first time on nights I remember all the male drivers taking a step back and  being really shocked at seeing a woman pulling up! I even had to use a men’s toilet because there were no ladies’ facilities!

For me it was all about learning the job because it was such a career change for me. The biggest challenge was figuring out how to move and get furniture off the back of a lorry safely! So, from a physical perspective that was quite challenging. But there were always people around to help and I’m not shy at asking for help when needed!

What changes have you seen over your time here with regards to the workforce and attitudes towards women?

I can say honestly that I’ve had a positive experience from the beginning, I’m treated really well. I feel my co-workers have always respected me and I have always felt accepted here. I have learned to stand my ground when I felt I needed to, and the customers treat me like a rock star! And there are toilets for women everywhere now which is good!

I just want to continue as I am, I have no plans to move anywhere. I love my boss and my job, and I don’t want to do anything else. If more women wanted to do what I do then that’s great!

I would say don’t be scared to give it a go and that you need to have a positive attitude and be a ‘half full glass’ type of person. You never know what pleasures any day will bring!